Andromalius is a witch that has speciality on stack of venom, even all her witch gear has stack-kind of traits with different fx. In this World Boss stage, Andromalius will inflict 2 stacks of [venom] upon hit, each stack cause player take damage equal to 0.3% max hp per second, as well reducing heal effect by 5%. And it stacks up to 20!!

Basically, reaching max stacks of [venom] will make you lose 6% of your max hp while unable to heal at all! And need to mention that these [venom] thingy last for 10 second. So, literally, maxing this debuff will give you a sure death unless you has more than 60% health and able to dodge all bullet, which is impossible!

So, to keep yourself save during fight, try to not letting the stack reach more than 10. Try your best to dodge, and stay away once the stacks reach more than 10! Just attack from afar, better to avoid bullet for 10 sec than death. 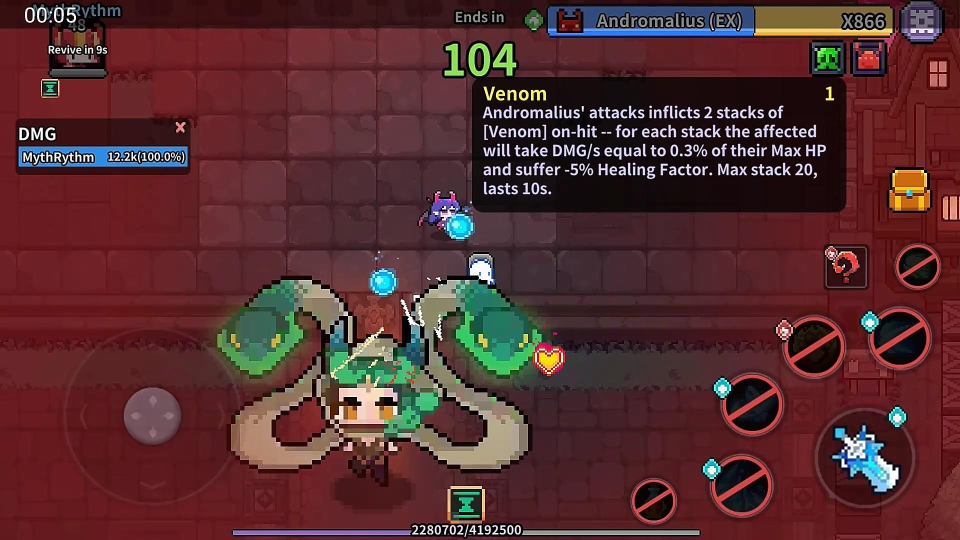 If you are in a group, and willing to find a party for this cute green sneak witch, then your best partner is a Crocell Priest!

“But ... huge heal wont help if you aren’t capable of healing, right?”

Some of you must be thinking that way, and yes, that is true. But! We aren’t talking about the amount of heal, we talk about fast cd healing skills. Which is what Crocell priest are best of. With talent that can reduce all skill cd by 2.5s upon picking hp/mp orb, Crocell priest can spam [tidal wave] in just 2-3 second! 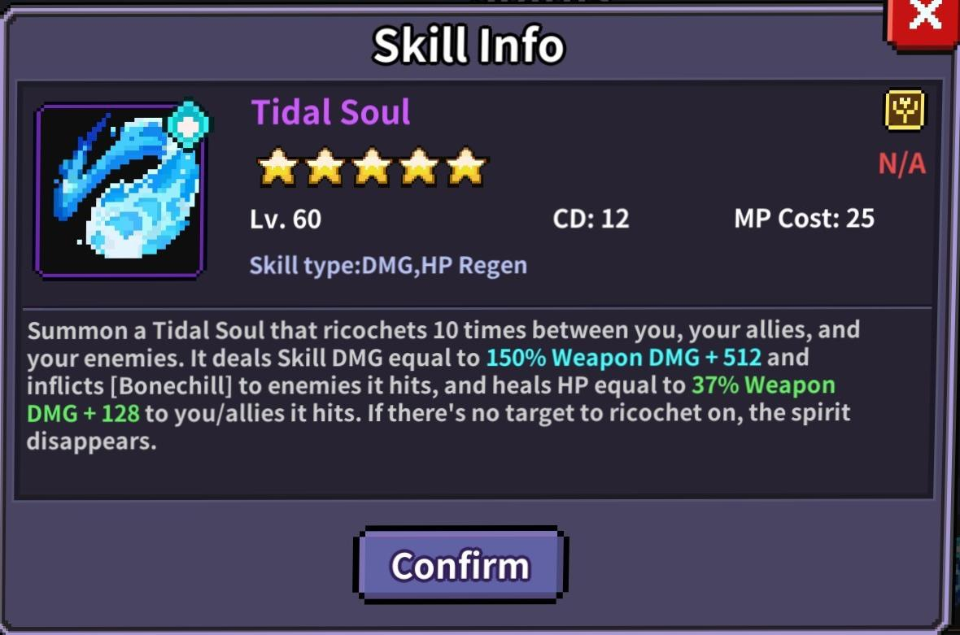 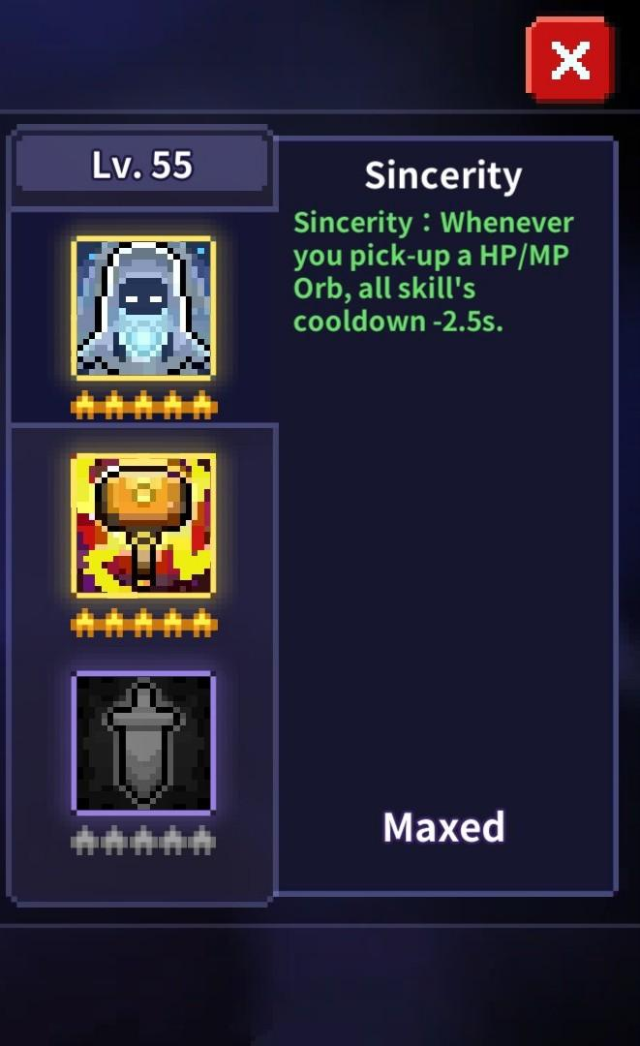 Of course its not done yet, a regular Crocell priest wont help much, cause we need him to bring 4* [Artoo] soul card. Then we have a best partner to fight this boss. 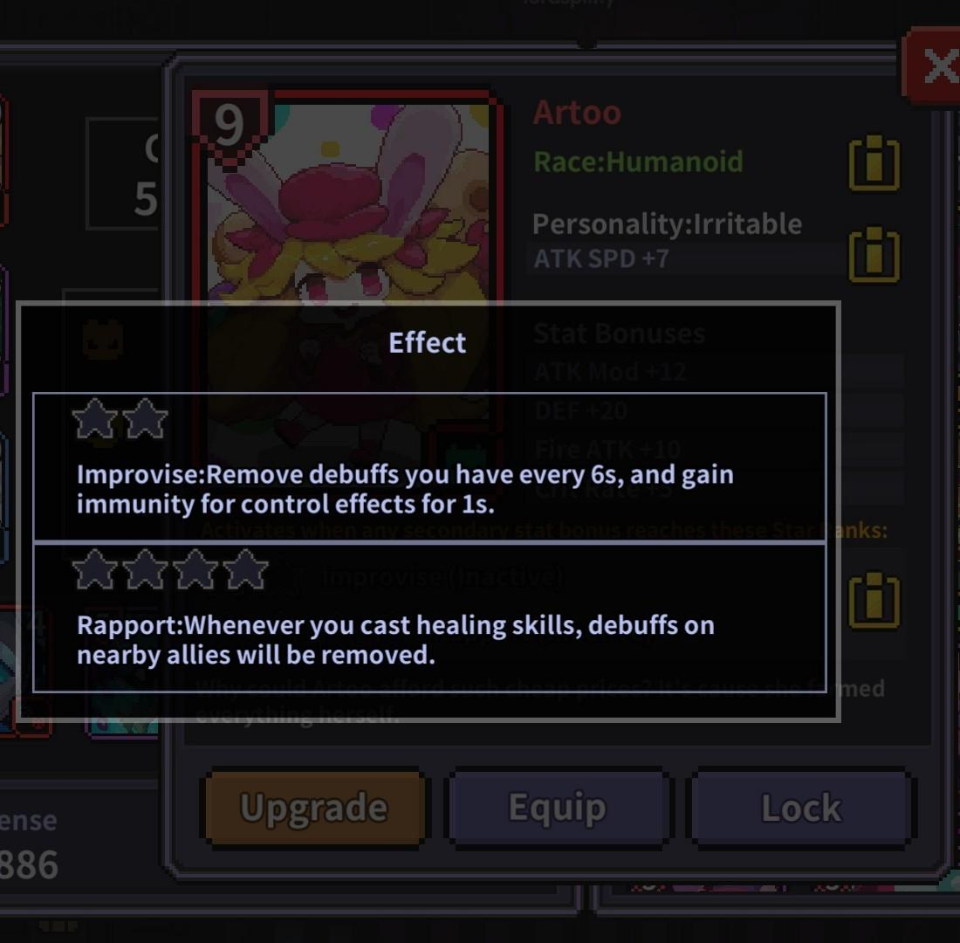 With 4* traits of [Artoo] card that remove all debuff fx for self and ally upon casting healing skill, [venom] debuff wont be scary anymore! Also, dont forget the huge heal from [tidal wave] and [fervent prayer], whole team will be save mos of the time!

When the best time to fight Andromalius World Boss?

This green cute witch has only one kind of bullet with many attack pattern at first 70% health. She shoot some kind of green liquid. Sometimes 5 bullet appear around Andro, then targeting player. Sometimes multiple bullet just shoot in straight line from at 8 direction. And more.

She always shoot many bullet, makes it hard to find save spot during combat. Even stay away from her are not that easy. Bad time to fight Andromalius.

So then in last 30% health, her whole attack pattern will be different. She may shoot that liquid-kind bullet for first 1-5 second of battle, then after, she will start going to upper side of the map and stay to summon 3 row of deadly fangs. That so easy to dodge XD. 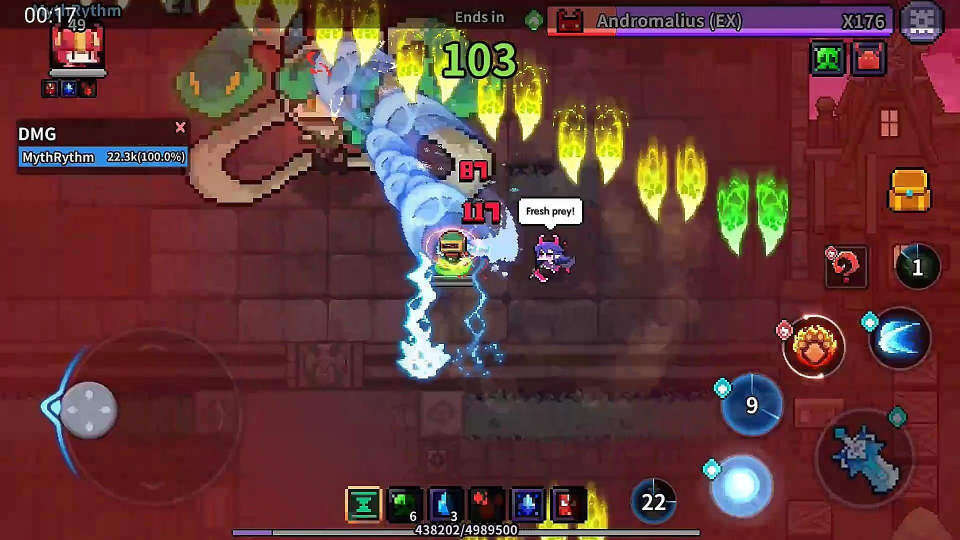 Indeed the damage is no joke, pain and hurts a lot, but that are useless because those fangs are slow and the pattern are just easy to dodge. Even the giant snake that pass half map 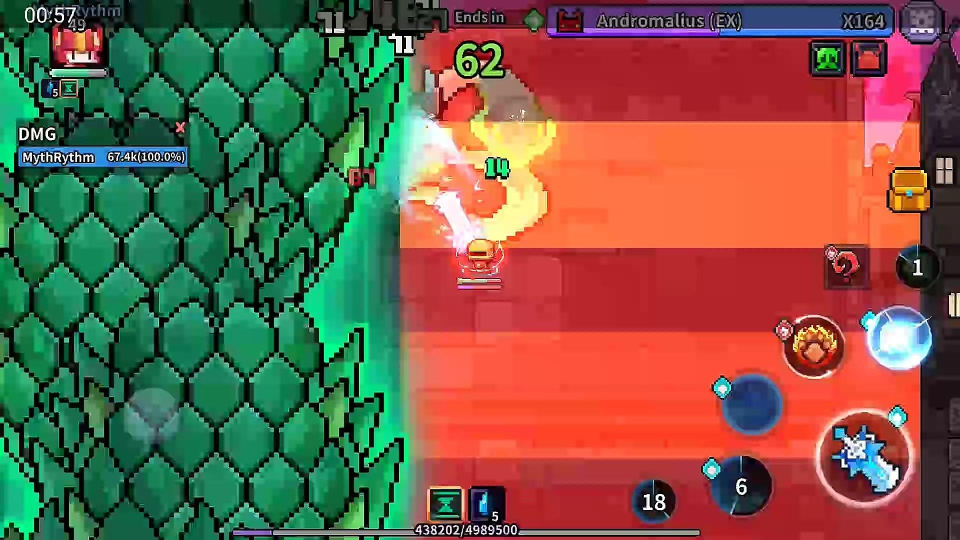 after that 3 row of fangs are just easy to dodge too.

She only attack with that 2 kind of pattern after her hp drop below 30%, just changing the spot from up to left, bottom then right side of the map. So easy even for solo!

Thats it! Thanks for visiting, hope you guys got a good experience against this green cute witch.